Last week I wrote about some of my experiences on a recent HR study delegation to Cuba. My comments were pretty tough. With another week of reflection behind me, I want to write about the people of Havana, not the systems and political infrastructure of Cuba.

As we look forward to greater cooperation between the U.S. and Cuba in the future, we should be prepared to invest more than money in business opportunities. We should be prepared to invest time, training and social support to a struggling nation of people who want, as I said last week, “to be productive, to live happy lives and provide for their families. In that way they are no different than we are and they are a potential gold mine in the challenging global talent pool.”

It seems to me that the Cuban population falls into two categories: those who are “believers” and those who are “non-believers.” Believers still feel the revolutionary zeal of Fidel, Che and Raul and they are mostly at the top of the food chain. They are the “They” to whom average Cubanos refer when talking about the 630 +/- government decisions makers – whether we talked to university professors, high ranking Ministry officials, grassroots CDR (Committee for the Defense of the Revolution) members, high ranking union leaders, grassroots community organizers, workers in state-owned restaurants or owners of paladares (privately owned/run restaurants) – each talked about “Them” as far removed and somewhat unknowable. Not so different from average citizens in our or any other country: disenfranchised, at the mercy of forces they don’t really understand (despite ongoing, artful propaganda), and yearning for a good life, for economic and social stability for themselves and their families and the ability to find meaning in their work and lives. 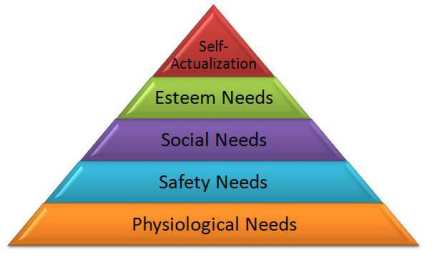 Cubanos hover between physiological and safety needs – the State tries to provide for social and esteem needs but that’s hard to accomplish when it is a nation whose people live with ration cards for the most basic food supplies, whose people live in homes that are barely standing – many with no windows or real protection from the elements, but whose leaders proclaim a 100% literacy rate, education and healthcare systems the envy of other third world nations, and an employment system where people aren’t fired, they just “become available.”

As many business leaders around the world are dealing with talent shortfalls and struggling with how to ensure their competitiveness in the global marketplace, Cuba’s government leaders are trying to feed, clothe and shelter their talent – whom they also employ. More than 95% of all workers in Cuba work for state-owned enterprises, educational or healthcare institutions, or the government itself. It’s hard for even the unions to be effective championing worker rights when the employer is the government.

Cuba isn’t the proverbial riddle wrapped in a mystery inside an enigma. It makes no effort to hide the reality of its challenges.

It’s pretty clear that Cuba needs significant policy changes at the top in order to bring a chance of prosperity to its citizen workers. If Cuba ever expects to play on the global stage, as an employer it needs to create a culture that moves up Maslow’s hierarchy. Subsistence living conditions do little to build loyalty, or motivate high levels of performance, innovation or learning. The U.S. doesn’t have to be the model. Use the Czech Republic, Hungary or Poland – all of whom have entered the global economy and are making economic and social progress benefiting all of their citizens.

Cuba could be at a crossroads. Raul Castro has said he will not stand for re-election in 2016. It’s hard, however, for both the believers and non-believers to envision a more free society and economy. The future is looming large and unknowable. But we saw a glimmer of hope that perhaps incremental freedoms will soon come at a faster pace and allow for the advancement of a society, economy and people that are all past ready to bloom. This would be good for Cuba and its people – and good for the global economy.

Let’s Go to Cuba and Learn!

Want to be among the first U.S. HR professionals to see how HR is practiced in Cuba? Then join me and co-leader Gerry Crispin on an 8 day study tour in November!

For 50 years, People to People Ambassador Programs has provided educational travel for professionals and students across the globe. With more than 20,000 Ambassadors traveling annually, People to People Ambassador Programs is one of the world’s most recognized and respected educational travel providers and plays a significant role in increasing global awareness. I became aware of People to People as the Chief Operating Officer of SHRM as I led delegations of senior HR professionals to India and China under their auspices. They provide a first class environment for significant learning and handle the travel logistics in an incredibly high quality way.

Gerry Crispin got the ball rolling in organizing a delegation of senior HR professionals to Cuba last month and asked me to join him as co-leader. Because of my previous experience, I leapt at the chance and am pleased to officially announce that a People to People Citizen Ambassador HR Program to Cuba is open for enrollment! Gerry and I are working together to lead what will be an incredible first-in experience in the senior HR community.

Human resource and talent management professionals are educated and trained to assist organizations with how they lead and support workers’ motivation, skills, knowledge and experience in the pursuit of individual and organizational goals.

Our delegation will interact with our Cuban counterparts during a series of meetings and site visits. We plan to meet with government officials, HR and other leaders in a variety of settings to learn and discuss:

In addition to the professional visits, our delegation will enjoy authentic and immersive cultural activities with the aid of an expert guide. We will meet in Miami on November 13, 2015 andl depart for Cuba early the next morning to visit Havana, Regla, and Las Terrazas. We will return to Miami on November 21.

The cost per delegate is $4,899.00 USD (based on double occupancy). This includes the overnight in Miami, round-trip international airfare from Miami, transportation within Cuba, all meetings and group cultural activities, first-class hotel accommodations, most meals, professional guides and interpreters, most tips and taxes, Cuban visa, 24 hour emergency support during travel, and essentially all other costs associated with participation.

Without any serious communication we already have 8 colleagues registered (a deposit of $500.00 will hold your place) – with several more planning to enroll. With a maximum delegation of 25, the spots will fill up quickly. If you would like to secure your spot on the delegation or if you have questions, I encourage you to contact People to People Citizen Ambassador Programs at 877-787-2000. The email address is citizens@peopletopeople.com . Enrollments will be accepted on a first-come first-served basis.

Gerry and I are pleased to be involved in this exciting opportunity and hope you will strongly consider participating along with us. Please feel free to connect with me if you’d like to discuss this experience. It will be one of the most unique and meaningful professional experiences of your life!